The Village That Changed My Perspective

Scenes on the Road to Pikine
http://www.youtube.com/watch?v=eGDymd7knBA 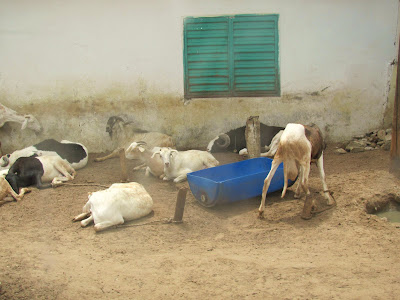 I don't know the name of this village. It's in or near Pikine, where Yelimane Fall's art center is located. Just view the photos. The experience of walking through the streets, in and out of people's "houses" and meeting the people who live this way, without the promise of the air-conditioned bus waiting to take them away, was life-altering. Almost everyone watches as we, the "toobabs" (sp?) have come to see their village. In this place, people were very kind, and seemed to want us to see the way they lived. Not all people welcome us, but I felt accepted, if not a spectacle, here. 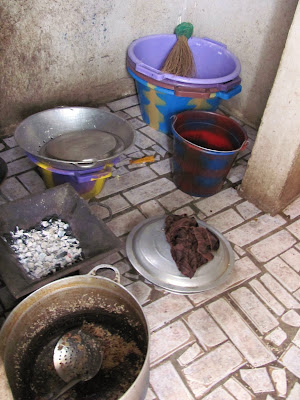 The kitchen of a resident 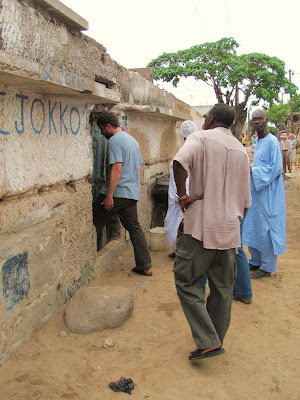 Concrete cinder blocks are a super common building material, even in the bigger cities. 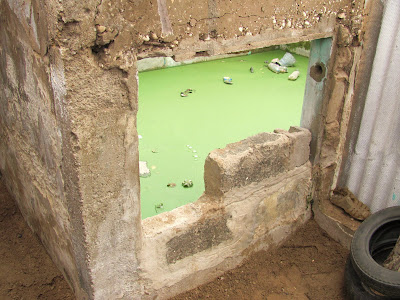 A woman welcomed us into her home and pulled back a curtain to show the standing water in what used to be a bedroom until the flood - FIVE YEARS AGO! The flood left its mark in many places, but in this village, no one has come to repair or create a decent environment for humans to live in. I believe that the woman only hoped that if people from outside the village knew, they may be able to hope for improvement sometime in the future. 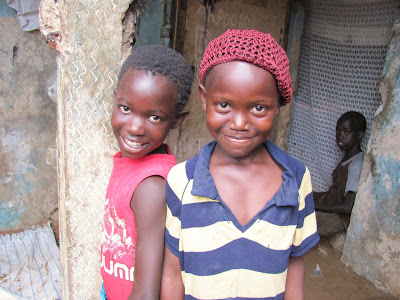 Some of her children were tickled to see us, and happy to be in pictures. 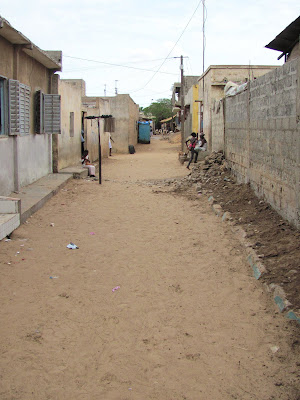 Other children were not.

Here is evidence of the love of these people for Madame Ndeye Ngiaye Tyson (the wrestling promoter). She told us that this is one of the nicer neighborhoods that she knows of and works with. Much of the graffiti we see is political, as it is on this wall. Elections are coming in 2012. There are about twelve political parties. Abdoulaye Wade is the third and current president of Senegal, and has been since 2000. Senegal has only been an independent country since 1960. Graffiti seems pro-Wade. 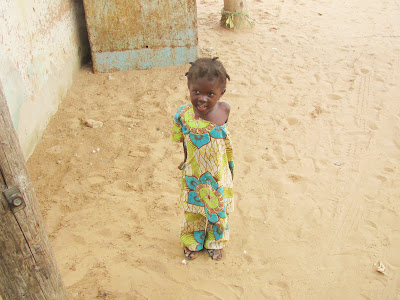 From the air-conditioned bus. (!!) 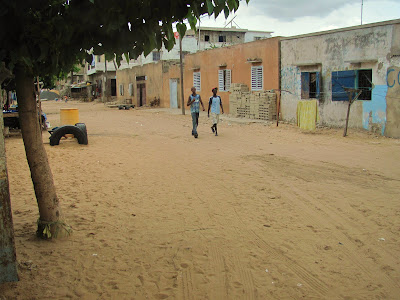 Back at the Yelimane Fall Center in Pikine for a hearty lunch. Such a contrast from where we had just been. 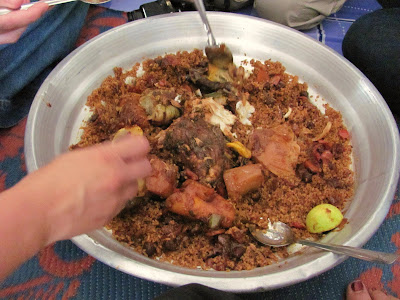 We ate, here, from a common bowl. Spoons were provided, which was nice, but I had been prepared not to expect that. Chebu Jen was on the menu. 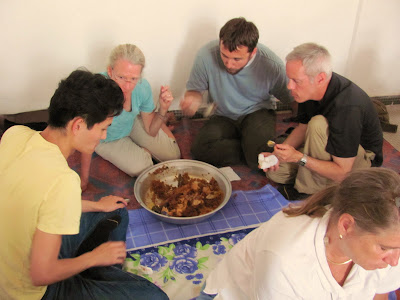 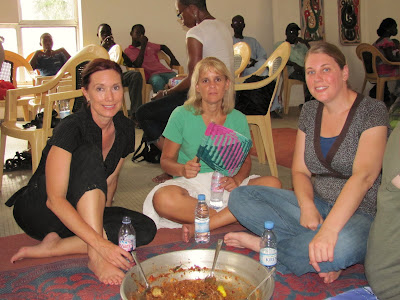 Me, Kristine, and Teresa
_ _ _ _ _ _ _ _
Processing what we learned on this day would take some time. My first thought was to load the pictures onto the blog, but I had no words then. All I could think of to tell you is that I had no words. This visit took place on Tuesday, July 13th. It is the 18th now, and I have been able to attempt some kind of description of this day. It changed my view, my perspective, my heart.
Posted by Arlis Groves at 3:35 PM

Labels: The Village That Changed My Perspective